In LevynLight, moving from place to place is accomplished by using the Travel screen. From here, you may choose where you wish to travel from known locations, usually unlocked by completing certain quests.

Before the first Aznor's arrival, travelling required either spending turns or a various amounts of gold. However, since 3rd, February, 2011, travelling is free and turns or gold is no longer required.

It's also possible to travel directly using links, which can be useful when seeking from your mobile phone. You can see more details about direct travelling in this forum thread.

With the release of Chapter 12, travelling in time became possible. Travelling to an area called Agelink, you can chose between the "old" world and the "new" world. While travelling from Agelink, both old and new areas can be seen and traveled to.

On the far west side of the map, there are four raised stones. It is the "dev land", where new updates are tried out by the devs before wider testing. [1] 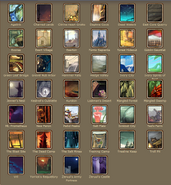 Locations (up to Chapter 14) 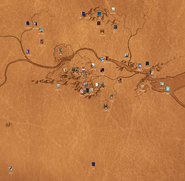 LevynLight Map (up to Chapter 14)

Travel Page
Add a photo to this gallery

Retrieved from "https://levynlight.fandom.com/wiki/Travel?oldid=29559"
Community content is available under CC-BY-SA unless otherwise noted.